I have been an Oak Brook Firefighter and Paramedic  since 2005. I’ve also been involved in Real Estate for the since 2015. I live in Schaumburg and love being a Realtor in Schaumburg IL. I’ve been interested in Real Estate for as long as I can remember, and this career move seemed like a natural progression. Firefighters have unique skill sets such as honesty, integrity, problem solving skills and the ability to communicate effectively in all kinds of different situations. These skills seem very fitting for a Real Estate Broker as well! I’ve been trusted to come into peoples homes in their worst moments, but as a Realtor I want to help home owners with one of their biggest assets and make it a great moment. This is WHY I am in Real Estate…it’s one of the most important and largest purchases people make in their life. I want to be there to help make it easy as possible. So let me be your Realtor Schaumburg IL!

I know the Village of Schaumburg extremely well, having lived, shopped, dined out and explored the entire Village for 20 years. There are many things that make the Schaumburg area a great place to live no matter if you are an empty nester, starting a family or just looking for yourself. The schools in Schaumburg are excellent and I have utilized them in all kinds of ways to help our boys through some difficult times. I’m proud to call Schaumburg my home and I would love to be Realtor Schaumburg IL!

Pros and Cons of living in Schaumburg IL

Do you live or are thinking of moving to schaumburg?  Stick around to hear about a few things you may not know about Schaumburg Illinois.

Before I get started please like and subscribe below.  If you have any real estate needs in the Chicago area, please reach out.  I’m a real estate broker and investor with The Tanis Group Realty and I’d love to help you out.  My contact information is below, click the link to contact me.

So here are some facts and history about Schaumburg Illinois

ABOUT ME – Real Estate Investing

If your interested in getting into Real Estate investing, or if you’re a seasoned investor looking to work with an experienced agent I can help! I specialize in finding off market properties all over the Chicagoland area. My Brokerage, the Tanis Group specializes in working with investors as well. Whether your looking for a fix and flip or a buy and hold I can help you find a property and get you through the process of investing in Real Estate. We have all kinds of people in our network to help you out including lawyers, mortgage brokers and handymen.

Let me be your Realtor in Schaumburg Il! 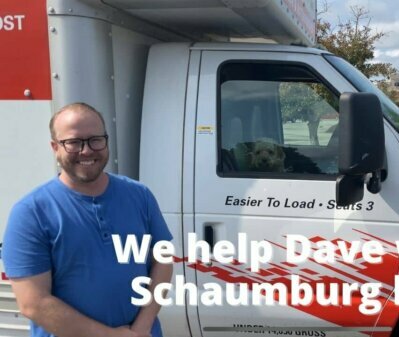 Dave resides in Schaumburg Illinois and he wanted to move by family in Tennessee. Unfortunately he was a bit behind on his mortgage and his home needed some work. It’s a nice house but if we were to list it on MLS it would not sell for enough money. We came up with a solution so Dave could move and start a new life. Things were a bit tricky but I think the situation worked out ok for all!